PORT RENFREW (NEWS 1130) – At least two people were injured in the blockade of Fairy Creek on Vancouver Island on Saturday, where protesters demanded a halt to all old logging in British Columbia.

In a statement on Saturday night, Lake Cowichan RCMP said protesters were blocking the road and people locked themselves at an industry gate. Police said the protesters had turned “aggressive” and had not taken direction.

“There was a crush and OC spray was deployed when the crowd did not follow the instructions of the police,” the statement said. A policeman was injured with a concussion and was taken to hospital.

The RCMP confirmed that 33 people were arrested for violating the court order and obstruction, including a minor.

More body camera clips of my day photographing in #FairyCreek. Pepper spray was used this morning to break up a group of forest defenders with their arms tied. pic.twitter.com/LxR11tr5W1

In videos posted on social media, RCMP officers can be seen dragging protesters along the ground after a group of protesters who were bound by arms dispersed.

The Rainforest Flying Squad said its protesters were not violent and were allegedly physically assaulted by RCMP officers. Police said a protester had been assessed by medical teams.

The British Columbia Provincial Court condemned the tactics and methods of the RCMP to #FairyCreekThe excessive force used against this Nuu-Cha-Nulth and Coast Salish woman and others is a mistake. The RCMP are obligated to respect the rule of law and must stop this brutality NOW! #SaveTheOldGrowth #TreesOld #MMIWG pic.twitter.com/9dCy03Ucua

“The RCMP have a duty to enforce the injunction, but they systematically go beyond and try to break the movement, which is not their job,” said Noah Ross, lawyer for the Rainforest Flying Squad.

Police say 740 people have so far been arrested since the injunction took effect. 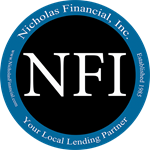